The SETS Fire Training Module was designed and developed by a team of experienced fire and emergency trainers at SETS Enterprises, to ensure that students can receive applicable and relevant training that will prepare them for what they may experience in the workplace.

SETS considers the safety of their students to be paramount, which is why they designed these courses alongside the Office of Energy WA, to guarantee compliance with relevant governmental standards.

The module consists of four simulations that can be contextualised to create the different scenarios that Emergency Responders may come across in their working field.

The first simulation is a door fire. A door fire can be incredibly hazardous if not handled correctly, as when the door is opened, there is a sudden influx of oxygen that can further fuel the fire, causing flash over.

The door simulation allows students to put into practice the door entry techniques that they’ve learnt in the classroom in pairs, such as pulsing and applying the correct body positioning. Once the fire has been extinguished, the two students can then move inside to the next simulation.

The second simulation is a kitchen fire. Kitchen fires can be extremely difficult to extinguish; the heat generated by a fire in a small kitchen can be overwhelming, and this scenario allows the students to gain an understanding of how this heat can play a significant role when tackling an internal structural fire. The attack team need to work together to isolate a gas main to extinguish the flame, whilst providing protection from the radiant heat of the flame.

The indoor compartment also provides a chance for search and rescue, with artificial smoke being used to produce limited visibility. Simulating a room with bunk beds, tables and chairs and kitchen appliances, the three compartments offer the students an application that draws on real life experience.

Simulations three and four are located outside of the capsule. Simulation three is an air conditioning fire, whilst simulation four is a roof fire. Both will require five-man attack teams to extinguish and, in some cases, take to higher ground to completely put out the fire. 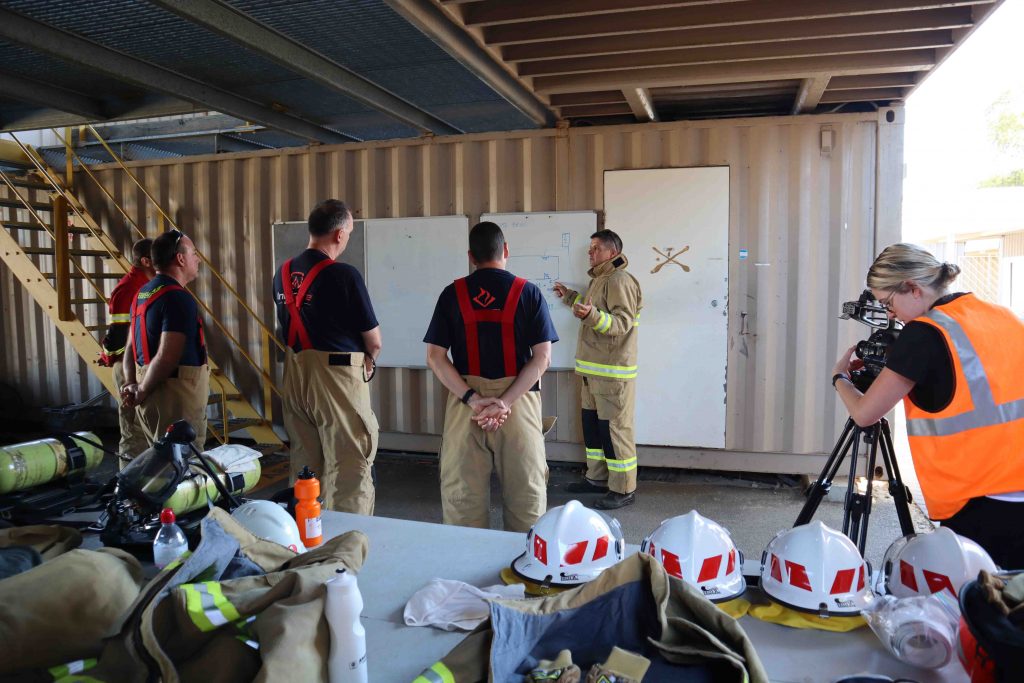 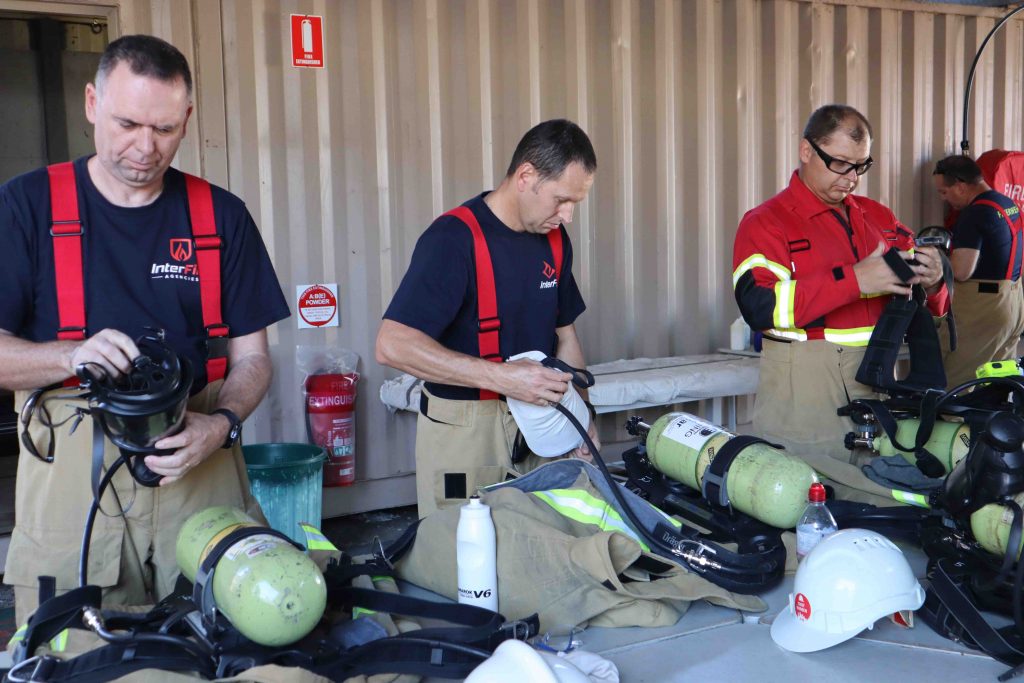 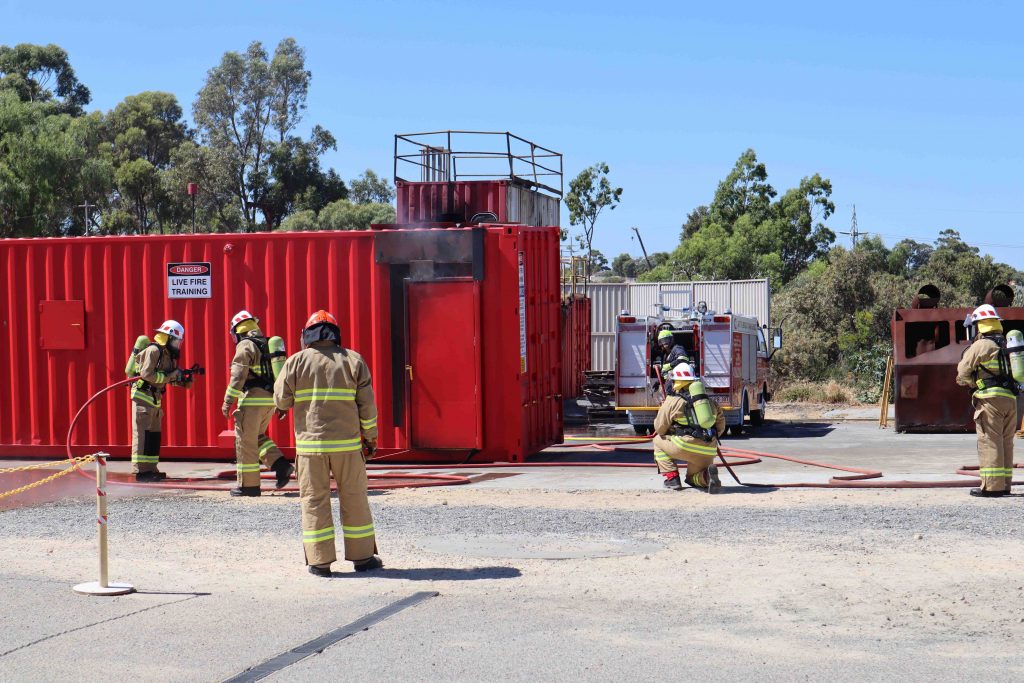 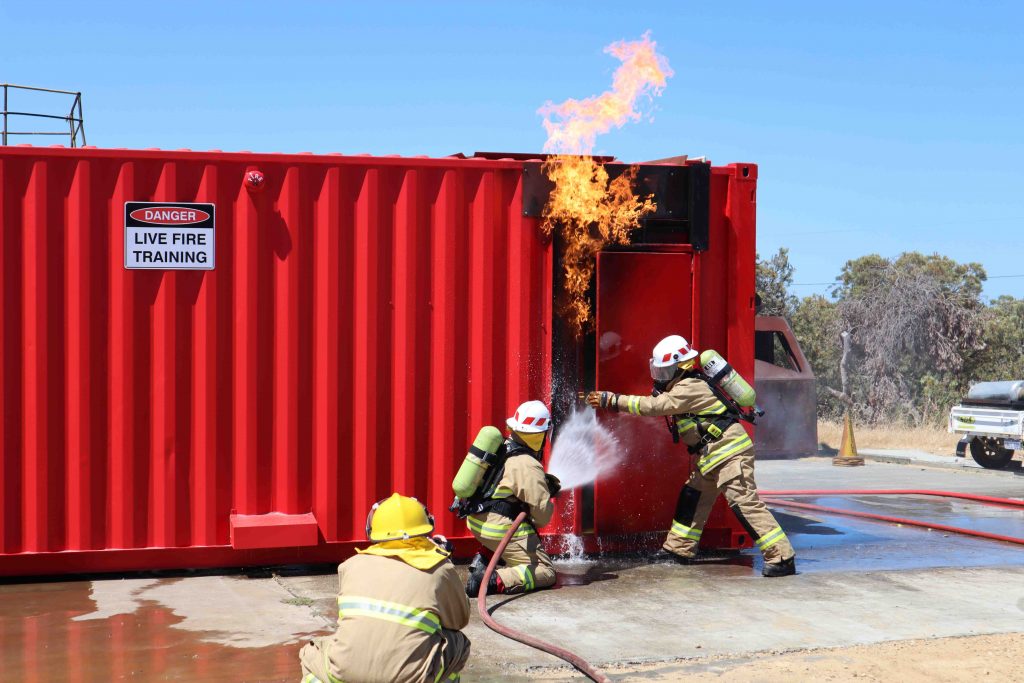 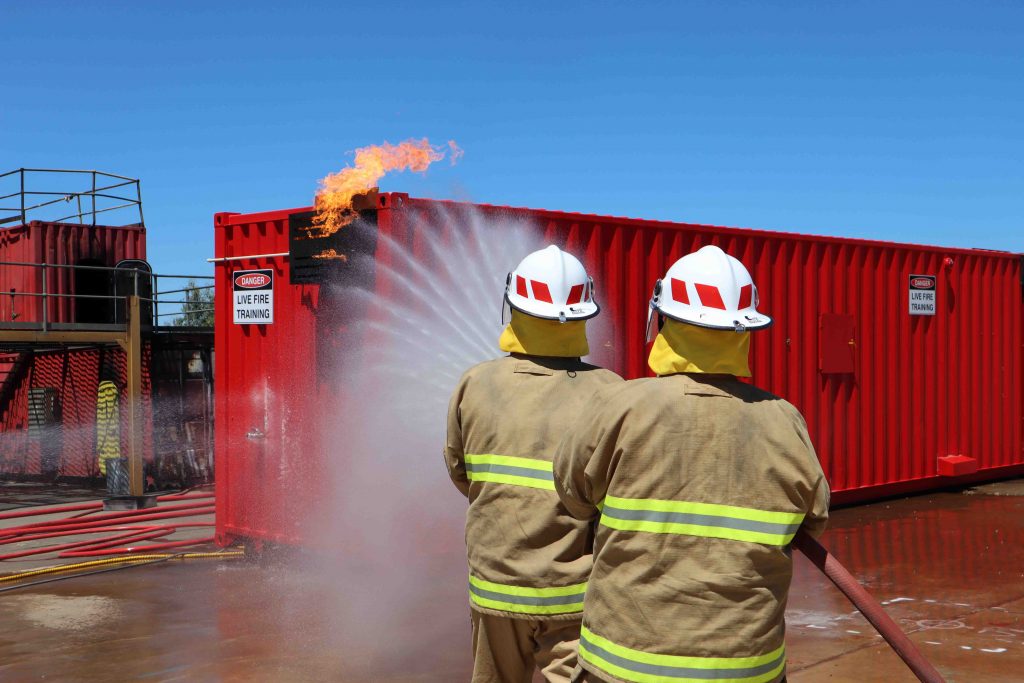 If you’d like to see our training simulator for yourself, contact Michael Burdett or Kevin Broadbent, or simply submit an enquiry below to arrange a tour.